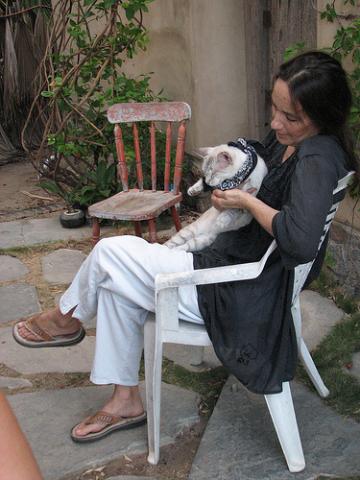 Pampered - the state most cats prefer to be in. 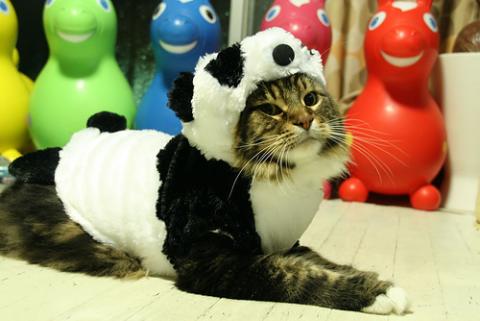 I don’t know what a panda is, but apparently I look like one. 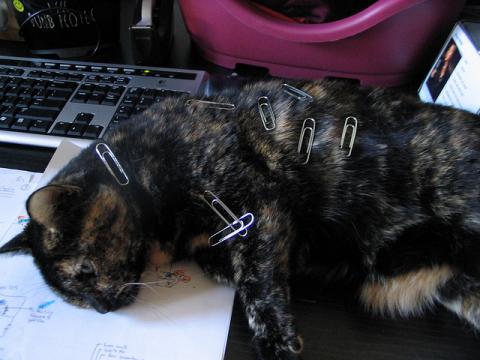 Sleeping cats are quite tolerant of silly humans. 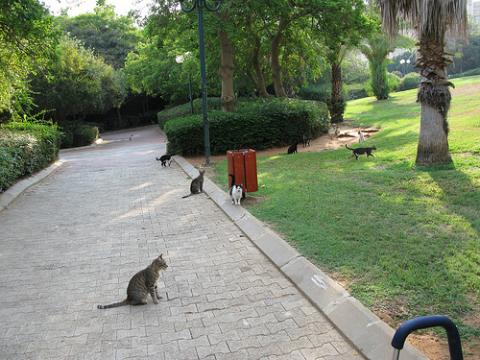 A large place to catch birds in. 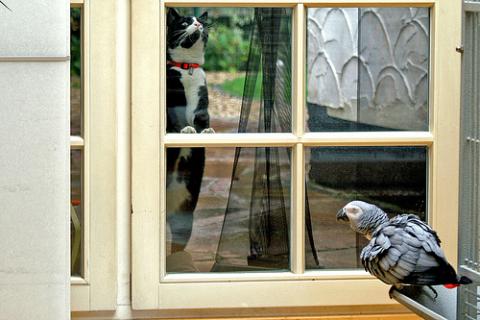 Food that talks back. 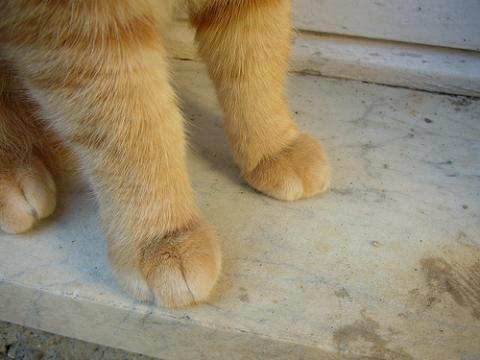 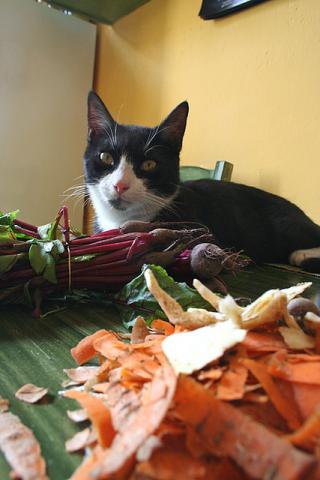 Peeling is something humans do to vegetables to remove the nice chewy layer on the outside. 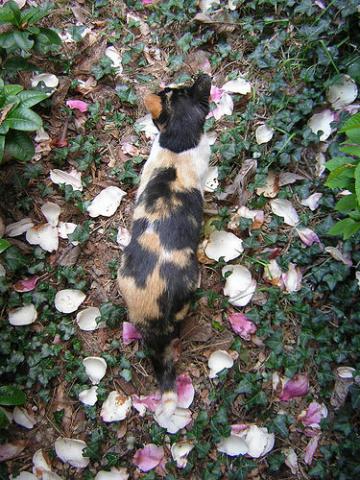 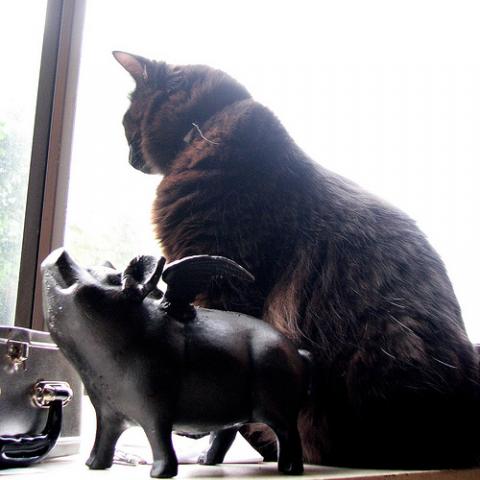 A useless object of no interest to cats. Humans often leave these on surfaces where cats wish to sit, thus depriving the cat of good napping places. 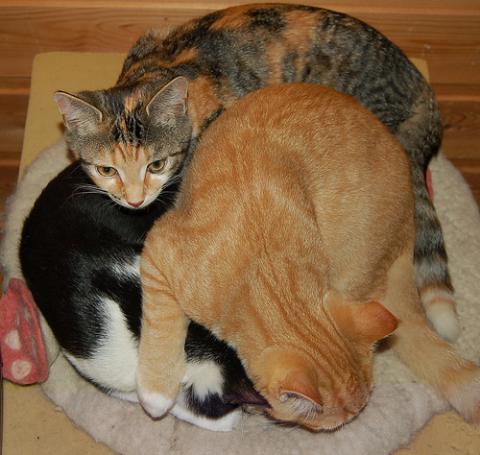 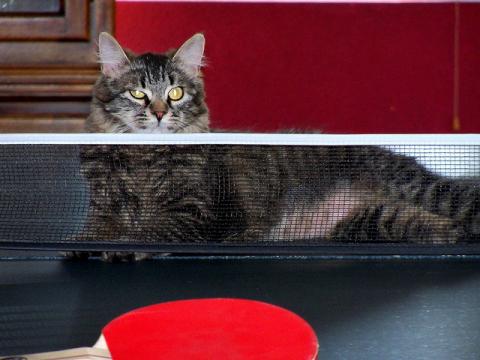 Ping pong is a frivilous game played by humans. It serves no use, and should be interrupted by cats at every opportunity. 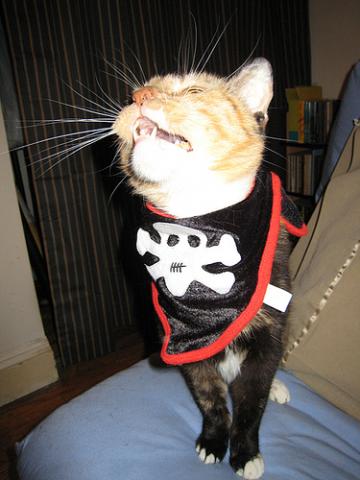 If you can’t get your own human to get you what you want, you can always turn to piracy and take it by force. 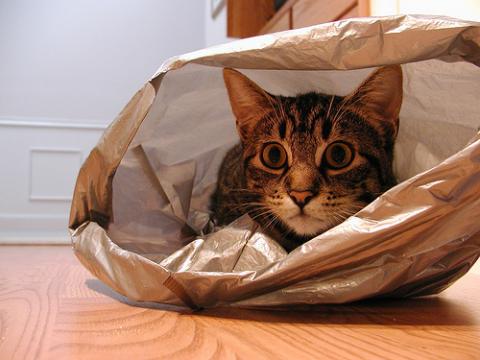 Apparently designed by humans as a container to carry groceries, plastic bags are far more useful as a rustly hiding place. 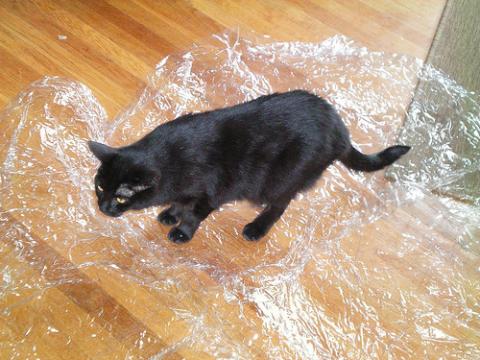 Plastic wrap is something humans use to stop leftover cat food from drying out and becoming unpalatable to cats. 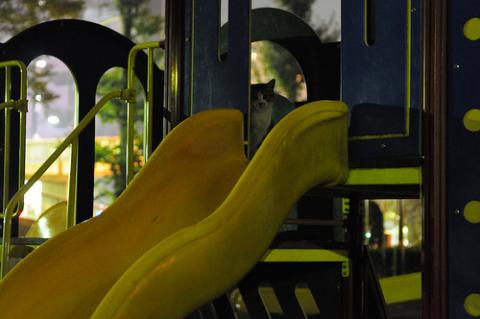 In some countries, playground slides are called slippery dips. They are not usually good cat toys. 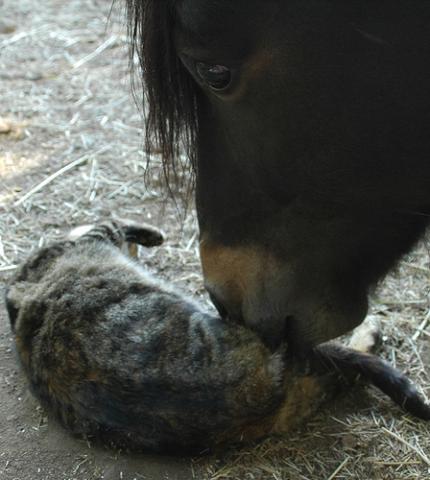 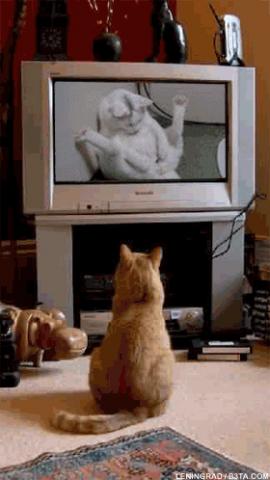 If it feels good to look at, it must be p0rn. 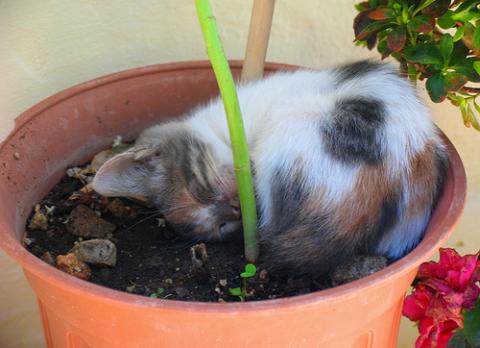 A place to sleep. Humans, for some reason, prefer to keep plants in them. 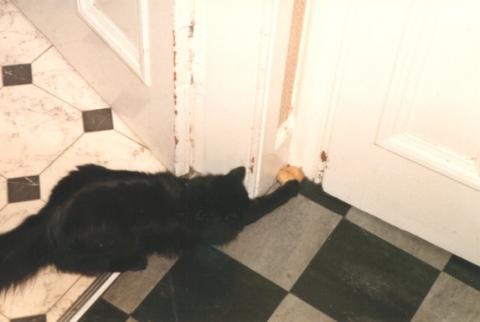 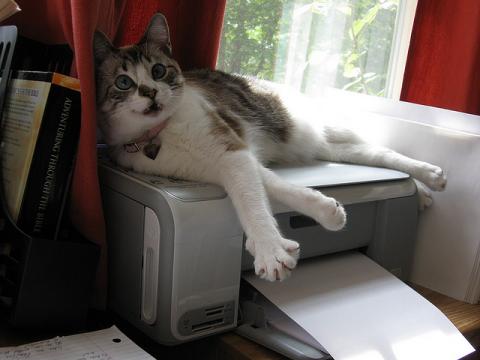 Printers are warm, cat-sized machines that humans leave on their desks. 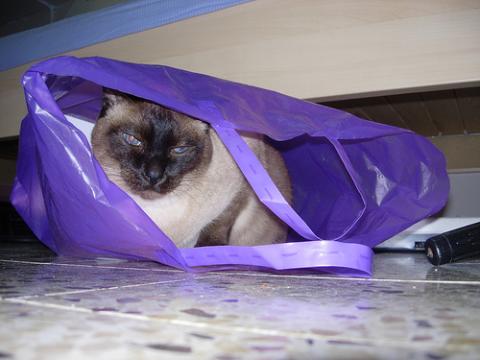 Photo by Or Hiltch